Using only WordPress and Facebook, I’m proud to say that my friends and family stepped up and donated over $1,600 (towards a goal of just $1,200!) In a little under 2 months, your generosity inspired, impressed and humbled me to the point that I can’t wait to raise money next year, and the year after, and the year after that. I think it’s safe to say that I’m a Pelotonia lifer. It’s hard not to be excited when 100% of every dollar raised goes directly toward life-saving research.

If raising money doesn’t excite you, take 8 minutes and 51 seconds of your time and watch Woody Roseland’s speech from the Opening Ceremony. It’s worth every second of your time. For those of you that were there and had the honor to hear Woody, watch it again. Woody is a 20-year-old, 5 time cancer survivor. He’s raw, real, honest and will inspire you beyond words (thanks, Shannon.)

As for the ride itself, I had a great time, and even though 25 miles is nothing to an experienced cyclist, it was a lot for me…. and my knees. Luckily a few days of limping around was well worth it and I managed to avoid serious injury.

I had a great time joining a Peloton, Stefanie’s Team of Hope, and I’m proud to have helped contribute to our 2012 total of over $246,000 raised as of August 29, making us the 4th largest Peloton amongst some really impressive fund-raisers.

Thanks again to all of the generous donors, volunteers and riders. Below are some pictures from the Opening Ceremonies as well as the ride. I am convinced that I will live to witness the end of cancer. We have to start somewhere. #onegoal 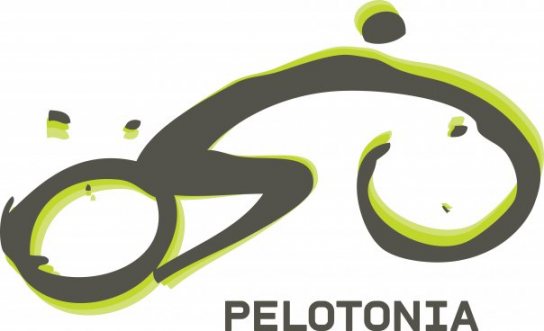 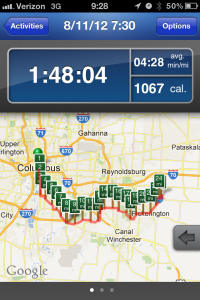 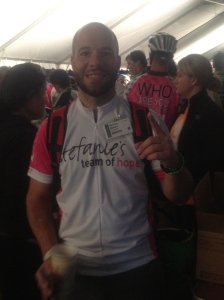