College vs. Pros: The Beatdown Contest

My friends and I often speak in hypotheticals. You know, the fun “could you get off the line if Darrelle Revis was covering you” type questions.

I’m small but I’m stupid, too

(in case you’re wondering, the answer is yes, because Revis is a punk bitch and I’m quicker than I look)

One scenario that comes up often compares NCAA teams to Professional teams, i.e. ‘The Browns are so bad I think Ohio State would beat them by 30.”

(which is probably true most years)

Since there are no ways to definitively answer most of these hypothetical questions we ask you, the reader, to weigh-in on what you think would happen in the following two scenarios where we match up the NFL and NBA’s best against the best the NCAA has to offer.

Football first, because everyone knows that football is better than pretty much everything else. Our matchup pits the mighty Alabama Crimson Tide, reigning NCAA Football Champs and perennial power-house, against the New York Football Giants, the Tom Brady-slaying machine and winners of two of the past 5 Super Bowls. I’d be surprised if a single level-headed person picked ‘Bama to win, and if you did, you can stop reading now (and you should probably go back on your meds.)

Everyone knows that the Giants will win the game – the question is, if they actually played, what would a realistic score look like?

Next is our basketball matchup where we put the Miami Heat up against the Kentucky Wildcats.

The Heat are the NBA’s most talked about team, and home to one of the most hated athletes on the planet, Lebron James.

The Wildcats are insanely good, boasting a 27-1 record so far this year including 13-0 in the prestigious SEC Conference (oops, wrong sport.) Regardless, the ‘Cats are pretty damn good, coming off a Final 4 appearance in 2011 and set to make another one in 2012.

Everyone on the planet save psychopathic scumbag John Calipari knows the Heat would make quick work of the Wildcats, but the question remains, “what would the final score likely be?” 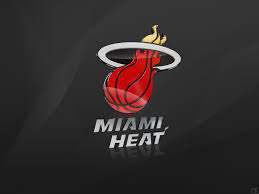 I think the matchups would go something like this:

First, the under-sized linemen on ‘Bama would get worked on both sides of the ball. Sure, they have plenty of eventual NFL players on the team, but not enough to overcome the plethora of studs the Giants would use to control the pace of the game at all times. On offense, The G-men would easily move the ball up and down the field at will, scoring ~3 TDs in each quarter on offense, 1 TD/half on defense, and settling for a last second FG after a ‘Bama turnover late in the first half.

Alabama would find it nearly impossible to guard all 3 of the Giants receivers (heck, the Patriots couldn’t even do this) and when Eli wasn’t busy picking apart the Tide’s vastly overmatched secondary, Brandon Jacobs and Ahmad Bradshaw would be splitting up about 300 total rushing yards averaging 8yds/carry. Bama is never a serious threat to score and Victor Cruz and his 4 TDs take home MVP honors in a 101-3 blowout. Nick Saban retires and retreats into a Syd Barret-like recluse state.

On the hardwood, after a 60 minute long, nationally televised introduction to the Miami Heat, Kentucky is finally allowed to step onto the court and play begins. 6 minutes later they regret the decision to participate in this experiment as the Heat lead 29-0. The crowd erupts when Kentucky finally scores its first field goal, 10 minutes into the game, now trailing 48-3.

Being as soft as he is, Lebron doesn’t start the second quarter of play and the Wildcats climb out of single digits but still can’t close the gap, trailing 98-11 at the half. Wade and James are both unstoppable, and surprisingly even Chris Bosh looks good playing against a bunch of college kids. By the end of the third quarter, the Heat have begun preparations for their post-game 60 minute nationally televised celebratory video in which they will highlight how Lebron “took his talents” to Kentucky.

They say that NBA athletes are the best on the planet, and the Heat show exactly why, playing the game at a much faster pace than Kentucky can handle. However, the contest ends with a whimper, as most Miami fans didn’t even show up, and those who did only stayed for 2 quarters anyway. Calapari tries to recruit Wade, complimenting him on his “baby face” and telling him that his lack of eligibility “won’t be a problem.” Wade says he’ll think it over. The Heat win by a score of 208-21 and proclaim themselves to be the best team in the history of the NBA.

So what’s worse? 208-21 in basketball or 101-3 in football? Think I’m way off? Post in your thoughts, play-by-play, or just your final score predictions in the comments section below and send this to your friends to get their takes.